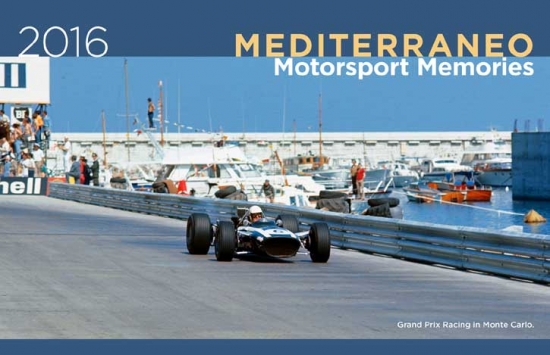 "Mediterraneo" - The Monaco Grand Prix is the crown jewel of Formula One motor racing. It was part of the inaugural Formula One World Championship.
The 1950 Monaco Grand Prix was won by Juan Manuel Fangio in his Alfa Romeo. Jack Brabham scored his maiden grand prix win here on board a green Cooper in 1959. In 1961, Stirling Moss won in his Lotus over a trio of shark-nose Ferrari 156 led by Californian Richie Ginther. Three American drivers were in the top five in this race. Patrick Depailler, Riccardo Patrese, Olivier Panis and Jarno Trulli all scored their maiden grand prix wins in Monte Carlo. Graham Hill was the original "Mr. Monaco." His five race wins here were matched by Michael Schumacher, and surpassed by only Ayrton Senna. Size: 11"x17"