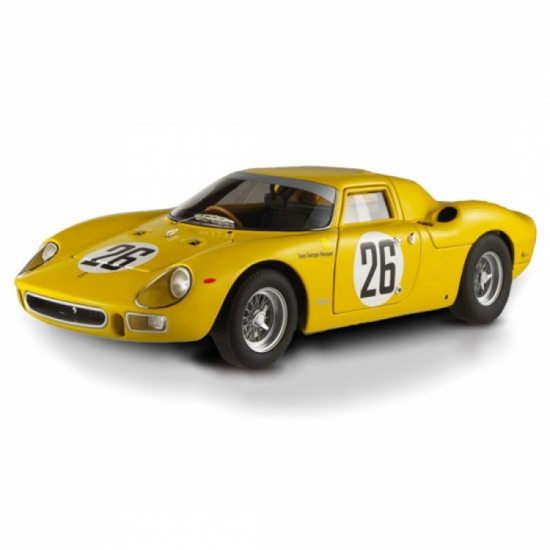 Produced by Mattel, from their special Elite line. The 250 LM is an evolution of the previous 250 P. It is a saleable mid-engined racer also for gentleman drivers. Introduced in Paris on November 1963, the LM proved successful for privately-entered racers around the world. About 34 models were built in 1964 and 1965, with all but the first few powered by 3.3 liters 320 hp engines.

Several technical innovations have been made so this car be competitive in international races. This model reproduces in 1:18th scale the 1965 Le Mans version driven by Pierre Dumay and Gustave Gosselin who took second place.