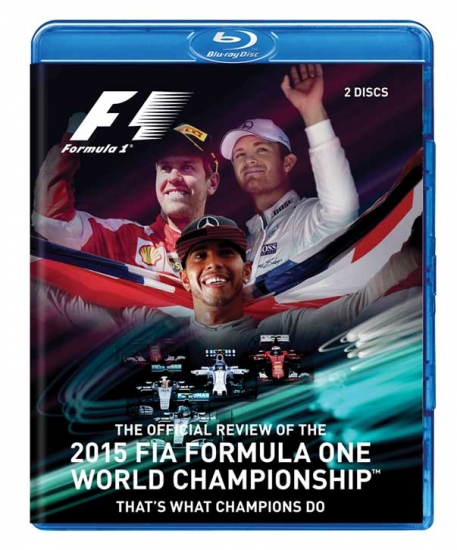 Featuring previously unseen footage from every round and exclusive audio û all in 5.1 Surround Sound!

The 2015 FIA Formula One World ChampionshipTM was all about Mercedes and their drivers Nico Rosberg and Lewis Hamilton. Although Ferrari and Red Bull improved their cars throughout the season and the teams using Mercedes power units started the season with a proven package, realistically no-one was going to touch the dominance the German team had established in 2014.

Simply put the Official Review of the Formula One Championship is THE motorsport review of the year. From pre-season testing to the final celebratory spray of champagne, the Official Review captures every important moment. Lewis Hamilton may have been to the fore all season but watching the review youÆll be reminded that in Formula One nobody walks to the title û champions always have to fight for the crown.