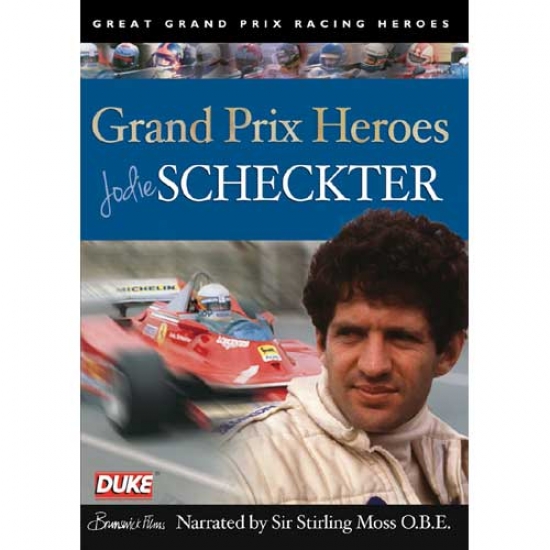 IWith narration by Sir Stirling Moss, the footage begins with ScheckterÆs first full Formula One season, as a fresh-faced 23-yeard-old at McLaren in 1973. The controversial clash with Emerson Fittipaldi and the spin which triggered a multi-car pile-up at the British Grand Prix are both featured, but so are the outstanding drives which saw him leading races in his maiden season.

His move to Tyrrell in 1974 brought the challenge of trying to replace the great Jackie Stewart, but Scheckter shrugged off the pressure to take his first win, and we enjoy the highlights of his three-year Tyrrell career û including getting to grips with the legendary six-wheel P34, and giving that bold innovation its only victory, in Sweden in 1976.

A fresh challenge came in 1977 when Scheckter amazed the paddock by switching to the struggling private Walter Wolf Racing team, but, once again, he proved the doubters wrong and took victories û his Monaco drive against the hard-charging Ferrari of Niki Lauda is one of the spectacular highlights of this film.

This celebration concludes with the crowning glory of ScheckterÆs Formula One career, his move to Ferrari in 1979 and World Championship victory. Once again, success only came after a battle, this time with the great Gilles Villeneuve. We witness the pair in action at Zolder, Monaco, Zandvoort and, of course, Monza, where Scheckter secured his title by leading home a Ferrari one-two in front of the adoring Tifosi, and sealing his place as a Grand Prix Hero. Running time: 52mins.