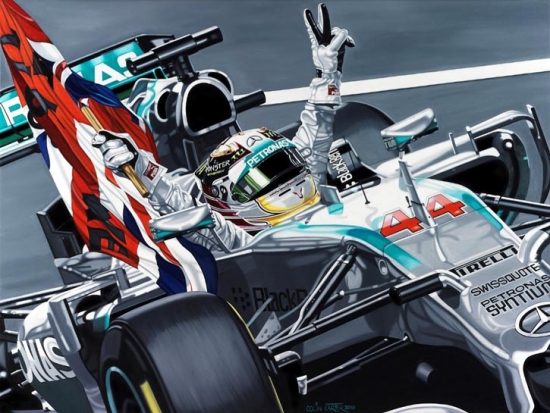 Lewis Hamilton enters 'parc ferme' at the end of the 19th, and final round, of the 2014 F1 GP season, in his turbo-charged Mercedes, as the confirmed 2014 F1 World Champion. A season long battle between Lewis and his Mercedes team mate Nico Rosberg reached its final conclusion at the 'double points' final round in Abu Dhabi, giving Lewis his second F1 World title.

Limited Edition of 500 Giclee Prints on Paper. Each copy signed and numbered by the Artist. Overall size approximately 35.43" x 27.56"