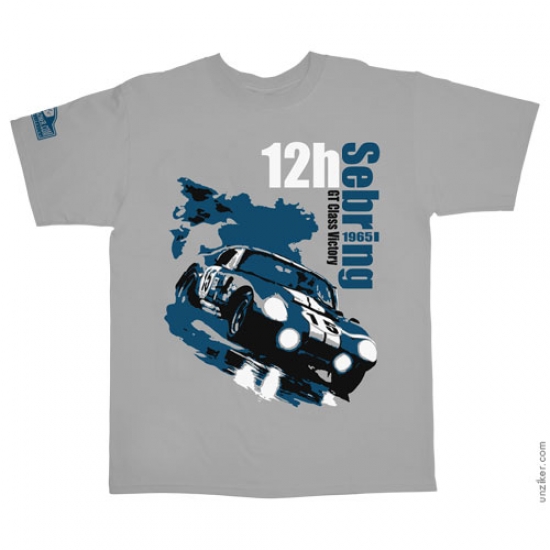 Based on original painting by Nicolas Hunziker. The Cobra Coupe T-shirt

A blue Cobra is perhaps the most painted American racing car, the landscape is littered with them to the point that they have become a cliche. While I had always wanted to paint a blue Cobra, I've been looking for the the right context and I didn't want to throw just another blue snake into the mix.

My goal was to create a Cobra painting unlike any other. I settled on this Cobra Coupe fighting its way through the tremendous downpour that occurred during the 12h of Sebring race in 1965.

Many artists have covered the subject of racings cars in the rain and almost all of them depict rain as something light, misty and airy. At high speeds standing water turns into a force that needs to be reckoned with. I decided to treat the downpour and standing water with hard edges because in real life they are anything but light, misty and airy.

These heavyweight 5.4 oz shirts are made of 100% pre-shrunk cotton and feature a taped neck to shoulder seam. Silk-screened in the USA.