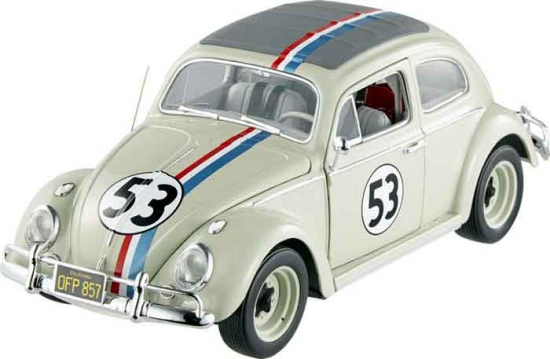 Produced by Hotwheels, this is a detailed replica of the Volkswagen Beetle ôHerbieö is a pearl white deluxe racing 1963 Volkswagen Beetle with red, white and blue racing stripes and a number 53 on its livery. Along with his driver Jim, this race car is the hero in the 1968 comedy film The Love Bug, made by Walt Disney Productions. Herbie has a mind of his own and is capable of driving himself and causing all sorts of problems. But when they work together, Herbie and Jim are an unbeatable racing combination! Features detailed cockpit and opening doors. Size: 9"