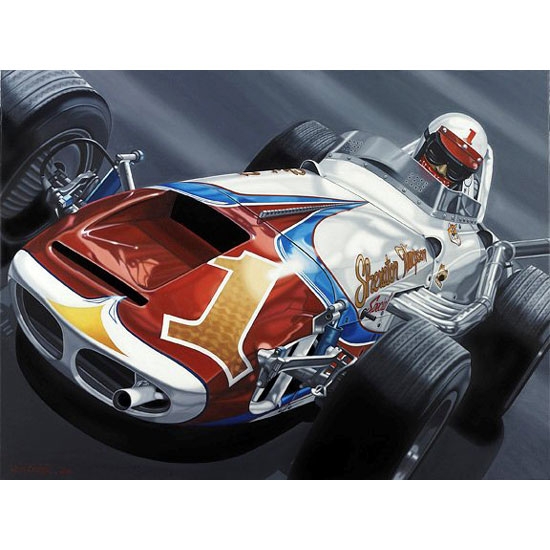 In 1964 A.J. won ten of the thirteen National Championship races, winning every race he finished, and his finest tribute came from Parnelli Jones at the Indy 500 victory dinner when he introduced A.J. as "the greatest racing driver who ever lived".

Limited edition of 850 litho prints 500 of which are signed by A.J. Foyt and the artist.