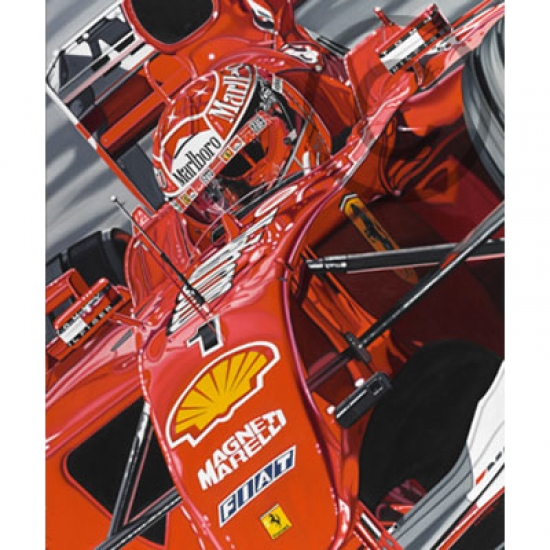 2001 was a record-breaking season for Michael Schumacher and the Ferrari team, culminating in his fourth drivers world championship and Ferrari's third consecutive constructors title.

The Nurburgring was one of many circuits dominated by this ultimate combination of man and machine, with this victory contributing to his record-breaking 52 career victories, acheived during the 2001 season.