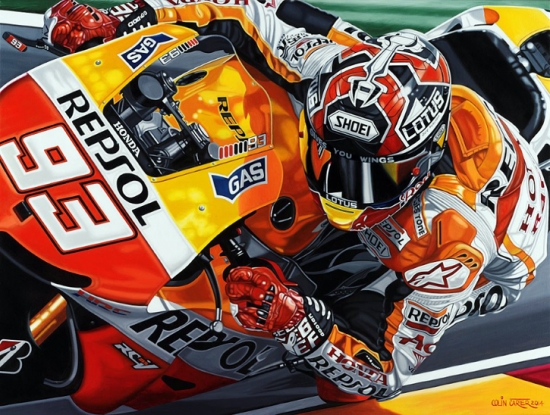 In 2013 Moto GP rookie Marc Marquez joined Honda and the 2012 runner-up Dani Pedrosa. His first rostrum in Losail was the first of 16 rostrum finishes out of the 18 Championship rounds, and his first victory in Austin, Texas made him the youngest ever pole-sitter and race winner in MotoGP. He claimed the title in Valencia on 10th, November and, on his way, broke virtually every existing record including, youngest ever Champion, greatest number of pole positions by a rookie, greatest number of podium finishes by a rookie, and greatest number of points ever achieved in a rookie season in the premier class (334 points).