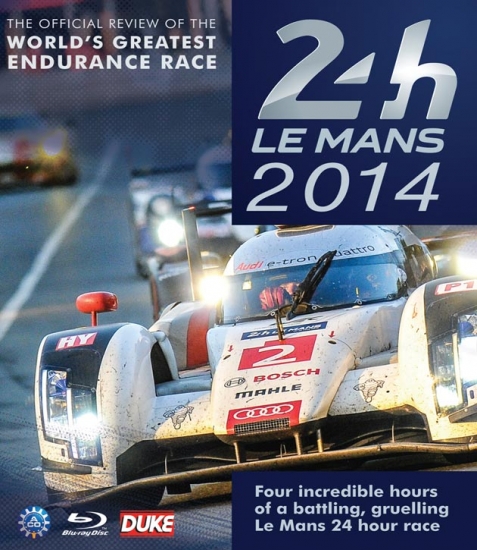 All of the highlights of the epic 2014 edition of the most prestigious sportscar and prototype race in the world. Since the first race was run on the Circuit de la Sarthe in 1923 the legend has been writ large over 90 years of gruelling competition.

The 2014 race was packed full of the drama and excitement that fans have come to expect from Le Mans. In fact, if anything, there was even more expectation than usual as Porsche made a welcome return to the top level of endurance racing with the innovative 919 hybrid. With Toyota still looking for their first overall win and Audi determined to hold off their resurgent stablemates the scene was set for a classic LMP1 showdown.

The LMP 2 class wasn't short of interest with a strong entry of cars nearly all powered by the reliable Nissan V8. Oak, Jota, Thiriet and Caterham were amongst the field as was rally legend Sebastien Loeb's outfit. The usual suspects were out in force for the GTE classes with strong fields made up of Aston Martins, Corvettes, Ferraris and Porsches. Drivers included nine-time winner Tom Kristensen, ex-Formula One stars Mark Webber and Nick Heidfeld and American actor Patrick Dempsey.

So sit back and enjoy four hours of non-stop action, in high-definition and with the expert commentary and analysis of Radio Le Mans. This is the definitive record of an epic event. Time: 240mins.