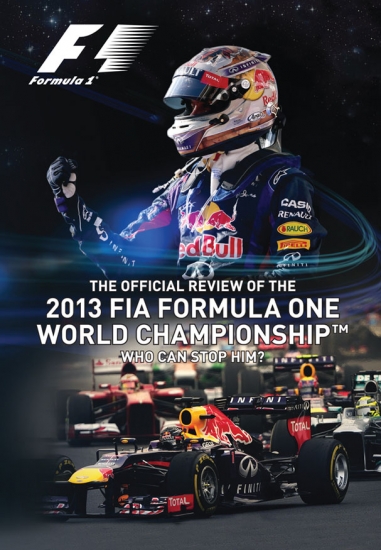 His consistency and speed proved an unbeatable combination for his rivals and earned him a record-equalling thirteen wins, as well as an unprecedented nine successive victories in one season. His epic achievement wasn't without controversy. Relive the tension between the Champion and Mark Webber when Vettel disobeyed orders in pursuit of the victory in Malaysia.

Temperature rose at Mercedes as well, while overheating tyres added an explosive element to the drama throughout the year. After twelve years in Formula One, Mark Webber took off his helmet for the final time in Brazil. He didn't add to his tally of wins, but he finished third in the Drivers' Championship. Mercedes took Red Bull by the horns in Qualifying: with eight pole positions they proved they had the outright pace. Hamilton secured his first win for Mercedes in Hungary, and with two further triumphs for team-mate Rosberg, they beat Ferrari to second place in the Constructors' Championship.

Raikkonen started the season on the top step for Lotus, but the relationship crumbled. Grosjean kept the team spirit alive and with six podium appearances he proved he has matured enough to become the team's number one.

The only Official Review of the 2013 FIA Formula One World Championship is action-packed from start to finish. Go behind the scenes with the very best team radio and high-octane racing. Experience the highs and lows of Sebastian's record-breaking season. Who could stop him? No one. Highlights from every race including Silverstone, Nurburgring, Melbourne, Shanghai, Monza, Monaco and the brand new Circuit of the Americas. Run Time: 300mins