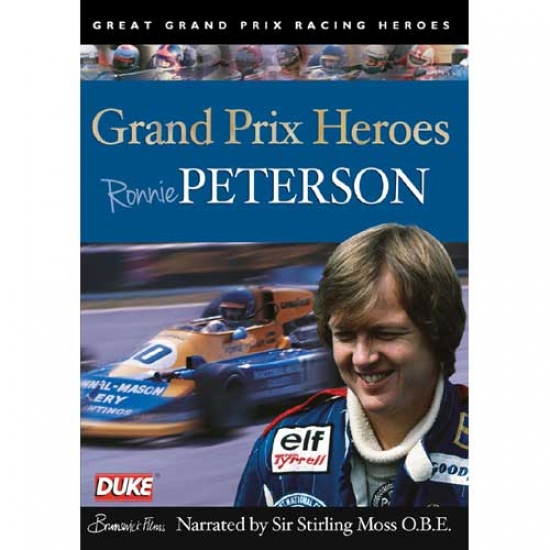 Incredible archive footage from throughout his Formula One career demonstrates an enormous talent which was stifled by under-performing cars and team orders. What shines through in the action-packed race film is PetersonÆs extraordinary ability behind the wheel, and in short interviews and overheard conversations in the pits, an affable and likeable man.

From his debut at the 1970 Monaco Grand Prix to the shocking scenes of confusion after the crash which ultimately cost his life, we remember one of racingÆs most gifted talents. With narration by Sir Stirling Moss, we are treated to glorious footage of Peterson drifting his way around legendary circuits including Spa Francorchamps, Zandvoort, Watkins Glen, the Nurburgring, Anderstorp and many more.

We share the frustrations of his maiden year in an uncompetitive privately-entered March, the ups and downs of the works March years, the switch to Lotus in 1973 which brought so much initial success and on that fateful final year in 1978. Reunited with Colin Chapman and armed with the bets machinery available, all that stood between him and the long-awaited World Championship glory was Mario Andretti, the teammate he had agreed to play support to.

He showed his talents with victory when possible and dutiful second places when required, and his class in playing the number two role despite appearing the more able racing driver. This evocative story came to an horrific end at Monza that year, a terrible conclusion to the hopes of a true Grand Prix Hero Running time: 52mins.