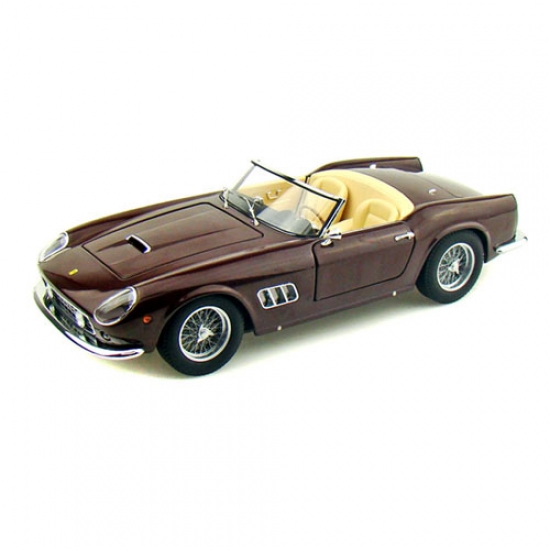 Many Ferrari aficionados consider the 250 California SWB Spyder one of the most beautiful and functional cars ever made. The term 'spyder' in the model name is something of an anomaly, as the California is really a cabriolet or convertible, with a full folding hood. However, it was in effect an open-top version of the 250 GT Berlinetta. Thus, the term 'spider' differentiated it from the concurrently produced 250 GT cabriolets, which were aligned with the road-going 250 GT coupTs.

This model was constructed in two distinct series: the 'LWB' (long wheelbase), between 1958 and 1960, and the 'SWB' (short wheelbase) from 1960 to 1962. The latter example wasn't actually completed until early 1963, with sub-divisions relative to body and mechanical details. A removable hard-top was available for both series.

This is a special competition model with a testa rossa type engine. This model is among the best 250 GT SWB Spyder: the current owner rejected a $10 million offer for it! Size: 10"