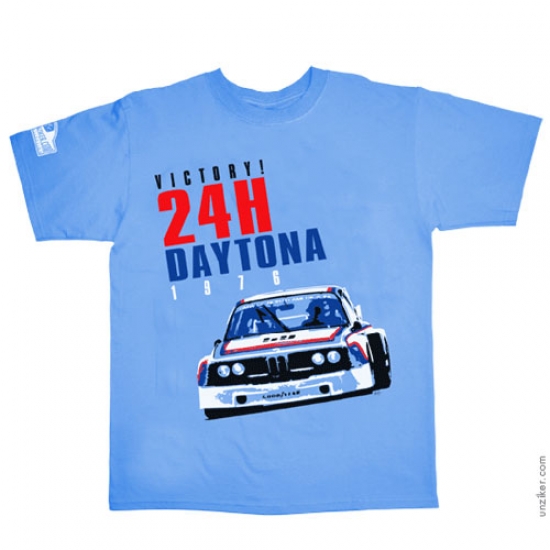 Based on an original painting by Nicolas Hunziker.

The Batmobile T-Shirt is a must for any BMW enthusiast.

This shirt pays hommage to one of the most distinctive Touring Cars in motor sport history. The 3.0 CSL was a homologation special, conceived to dominate the European Touring Car Championship. The aero package, consisting of a large air dam, fender fins, roof spoiler and large rear wing were responsible for giving this car its nick-name: Batmobile. So big were the rear wing and roof spoiler that they came delivered, unmounted, in the trunk of the car. They were illegal for use on German roads.

All the wings, scoops and liberal fenders did do their job though: In 1976, they helped Brian Redman and Peter Gregg win the 24h of Daytona.

These heavyweight 5.4 oz shirts are made of 100% pre-shrunk cotton and feature a taped neck to shoulder seam. Silk-screened in the USA.