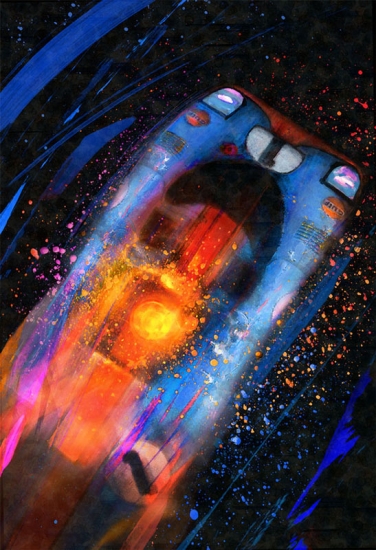 A birds eye view of the Gulf liveried Porsche 917 as its spits magic out of its flux capacitor. Looks like it just hit 88 mph in first gear! Cya later. 24"x36" on museum quality canvas, limited to 300 hand signed and numbered by the artist.