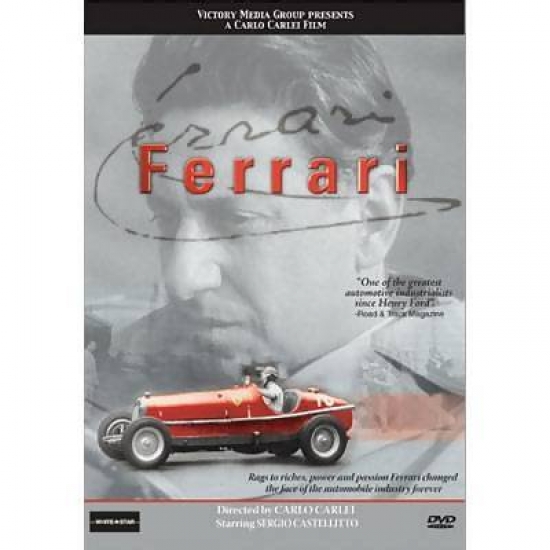 Enzo Ferrari (1898-1988) is the story of the man who created the greatest automobile empire in history. He went from poverty to riches through passion, ruthlessness and brutal character. We meet Ferrari as an old man, disturbed by memories of the past and by all the things he lost on his way to success. We see him still tormented and hounded by journalists and paparazzi that, from the start would never leave him in peace. But one journalist stands out, someone who seems to know even the darkest secrets of his past and who is determined to get the final and most intimate interview at all costs. Ferrari succumbs to his incessant demands.

Through this interview Ferrari's life unfolds, as he recounts his early love of racing, the difficult relationship with his father and older brother, his closeness to his mother, and the death of another brother during the war. He also tells of his overbearing dream from a young age to build the fastest, most prestigious and unbeatable racing car of all time. As the journalist delves deeper into Ferrari's innermost thoughts, we understand the real price he had to pay for this dream. Continuing on this turbulent ride, the mystery unfolds. Running Time: 215mins.