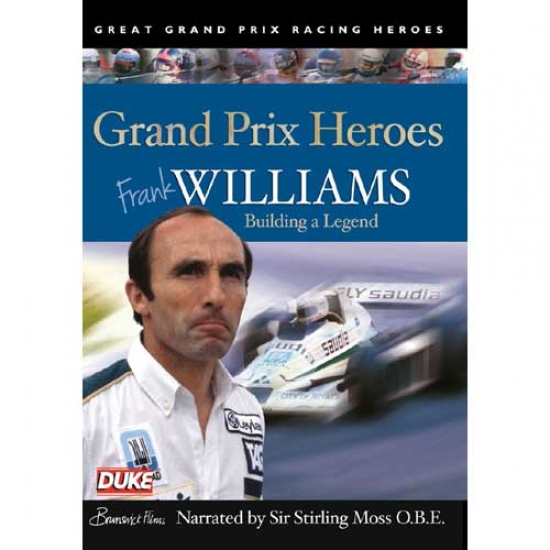 Spectacular archive footage, interviews and rarely-seen æbehind-the-scenesÆ access follow the journey from backmarker to frontrunner as Frank Williams guides his eponymous team through tragedy, unreliability, financial strife and, ultimately, victory. ThereÆs action from throughout the 1970s and, of course, the World Championship-winning 1980 Formula One season.

Alongside dramatic racing from classic circuits including Monaco, Kyalami, Spa-Francorchamps, Brands Hatch, Montjuich and many more, we chart the story of the early years of struggle, when the team only had enough cash to survive race-to-race and with a seemingly constantly changing line-up of æpay driversÆ. The turn in fortune came in 1977, with the formation of the team we recognise today, and technical genius Patrick Head at its heart.

The film recalls the emotionally-charged first victory in 1979, and the highlights of 1980, including the stunning drive by Alan Jones at Paul Ricard and the title-winning one-two at the Canadian Grand Prix û delivering the success Frank Williams had battled for a decade to achieve.

Throughout there are period contributions from Williams, plus, as the championship fight reaches its climax in 1980, we listen in on the team in the pits at Zandvoort and Imola. It is a fascinating insight into the workings of the early Williams team, and reveals the hands-on dedication of Frank Williams which drove the team to staggering success, making him a Grand Prix Hero. Running time: 52mins.