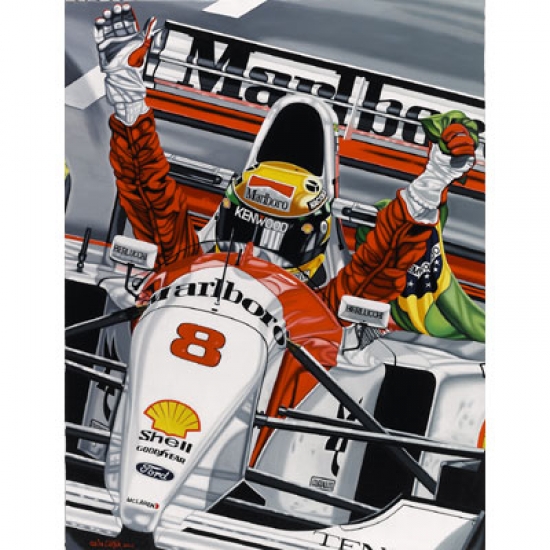 Ayrton Senna's final race for the McLaren team in Australia 1993 was typical of the true character and team spirit of one of the greatest racing drivers of all time.

The McLaren was not the best car during a season dominated by Prost and Williams and yet Senna's incredible talent saw him take victories in Brazil, Donington Park, Monaco and Japan, culminating in his last F1 Victory in the final race of the season, in Australia.

Limited to only 500 copies for sale worldwide. each copy personally signed, sealed and numbered by the artist. Size: 36"x28".