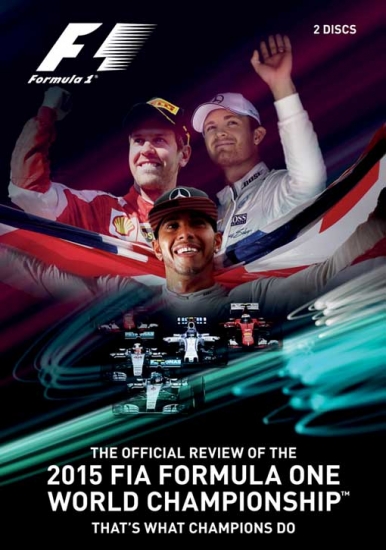 Simply put the Official Review of the Formula One Championship is THE motorsport review of the year. From pre-season testing to the final celebratory spray of champagne, the Official Review captures every important moment. It will show you a different side to the 2015 season which has been characterised by some as less exciting than previous - the review shows that at the sharp end of Formula One it never less than dramatic and intense.

The review covers all off the big moments of the year - including the bizarre exchanges that cost Lewis Hamilton a potential win at Monaco - in-depth and often utilising previously unseen footage or team radio recordings. The effort that's been put into this review shows the production team have a genuine passion for the sport and they have an end product they can be really proud of - it is gripping from start to finish, the pacing is excellent, the coverage all of the teams and drivers is balanced and, quite frankly, it's really refreshing to see it through the eyes of people who care.

Lewis Hamilton may have been to the fore all season but watching the review youÆll be reminded that in Formula One nobody walks to the title û champions always have to fight for the crown. Includes special features exclusive to the review. Running Time: 283 mins.