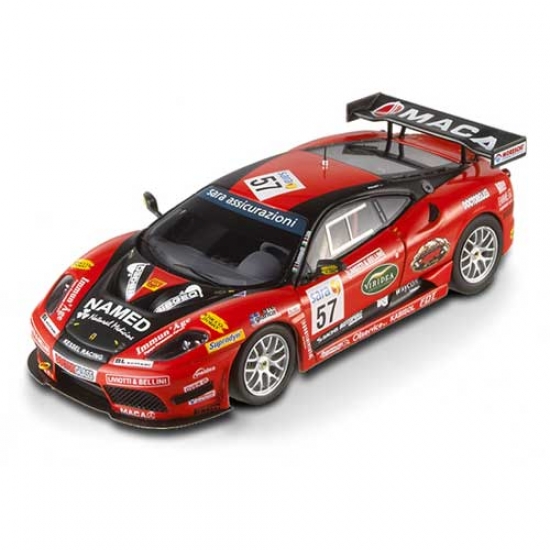 Originally based on the F430 Challenge, the F430 GT3 is a specialized racing car designed for the FIA GT3 European Championship. It is mechanically similar to the F430 Challenge, and has some better developed aerodynamics, including large air exhaust vents in the hood. The car has a 4.3 L V8 engine which produces 550 hp (410 kW; 558 PS) making the GT3 more powerful than its GT2 counterpart. The car we reproduce was developed by Kessel Racing, a Swiss team, and won in 2009 the GT3 Italian Championship with Stefano Livio and Lorenzo Bontempelli drivers. The last race was run in Monza.