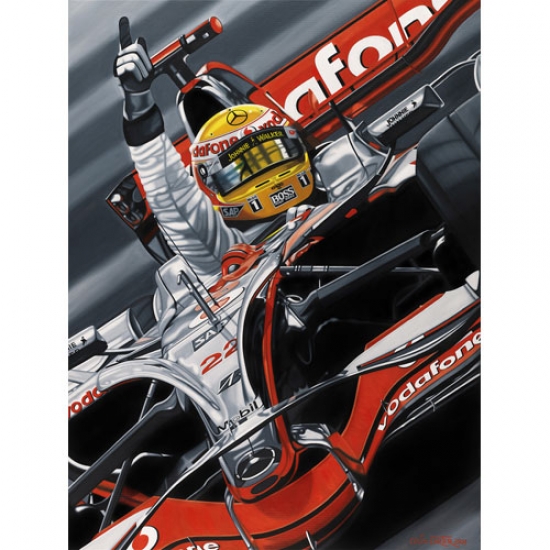 Lewis Hamilton won the 2008 F1 World Championship at a rain soaked track at Interlagos in only his second season in F1. A slowing Toyota allowed Lewis to gain the necessary points to become World Champion when he passed Timo Glock on the last corner of the last lap of the final Grand Prix of the 2008 season.