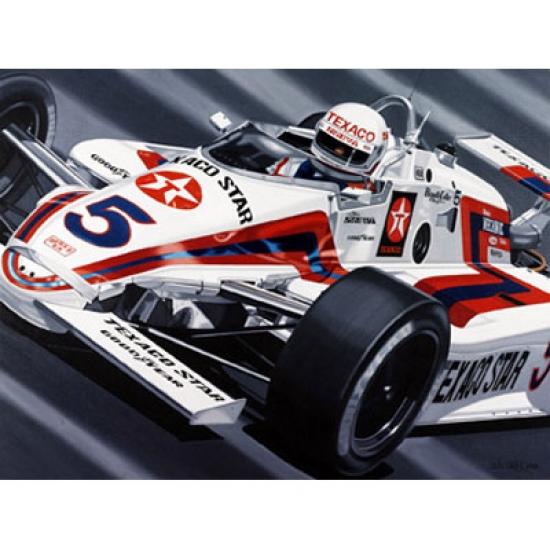 Tom Sneva won the 1983 Indy 500 in his Texaco Star March 83-C/Cosworth. Starting from the second row, he dominated the race, led 98 laps. Sneva was held up behind the lapped car of Al Unser Jr., who was helping to protect the lead of his father Al Unser Sr. Sneva took advantage of slower cars to pass both Unsers in daring moves on the mainstretch and third turn on lap 190 and went on to a great win. Tom had a spectacular Indy 500 career, winning three pole positions and was the first driver to qualify over 200 and 210 mph. He won the Indy Car National Championship in 1977 and 1978. Size: 35x26