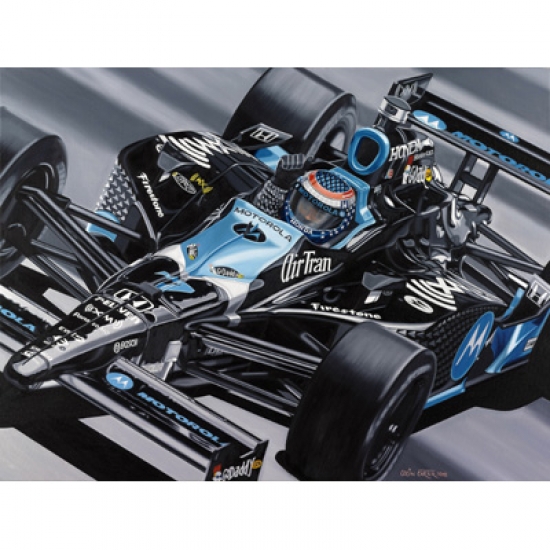 Created to celebrate Danica Patrick's historic first win. On April 20th 2008, Danica Patrick raced into the history books winning the Indy Japan 300 at the Twin Ring Montegi circuit in Japan. Danica is a fierce competitor with super model looks who has appeared on the cover of Sports Illustrated twice and in the 2008 swimsuit issue. She became the first woman to win an Indy Car race, and also led the 2005 Indy 500 for 19 laps. As well as being the 2005 Indy 500 and IRL rookie of the year, Danica has been voted the most popular driver every year since 2005 in the Indy Racing League

Created using Colin's trademark in your face impressions. Edition of 850 lithos ALL signed by Danica Patrick and the artist. Size: 34"x27".