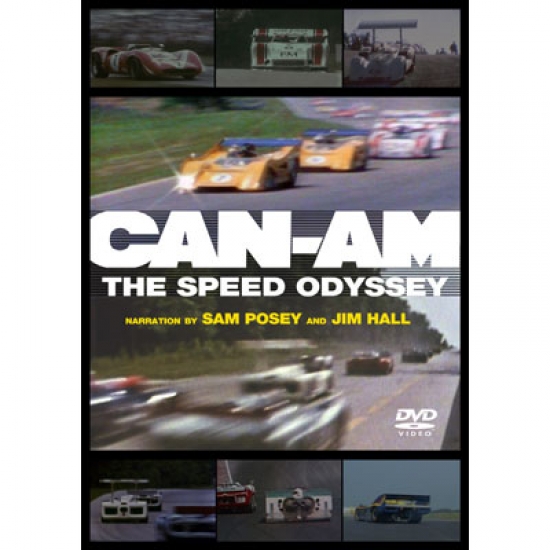 A road racing counterculture of pure evolution Conceived in the USA and ratified by the FIA in Paris, the Group 7 Can-Am rule book had virtually no technical restrictions. Faster than Formula One, Indy and Le Mans race cars.

See a clip of the DVD now: