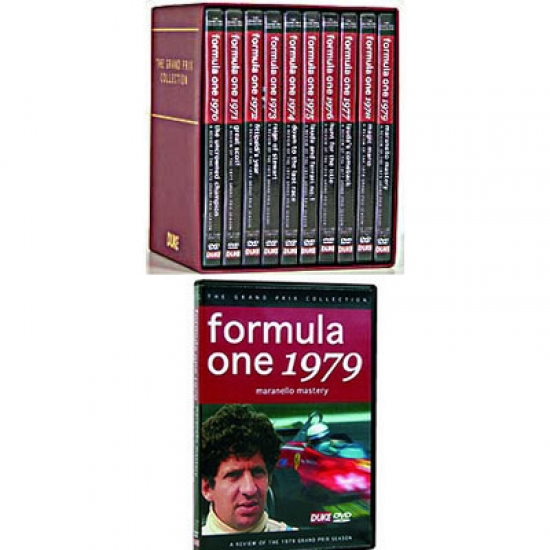 Covers one of Formula 1's Golden era's.
Brunswick Films were pioneers in the embryonic days of Formula One production, when sponsors controlled the demand for footage, and before the era of global TV coverage began. They have skillfully combined film from their famous archive - including some previously unseen material - to create reviews that capture the essence of a very special era in Grand Prix racing. The coverage is not as comprehensive as in modern FOM reviews, but each year features the majority of races and youÆll see all the key drivers and cars on and off the track.