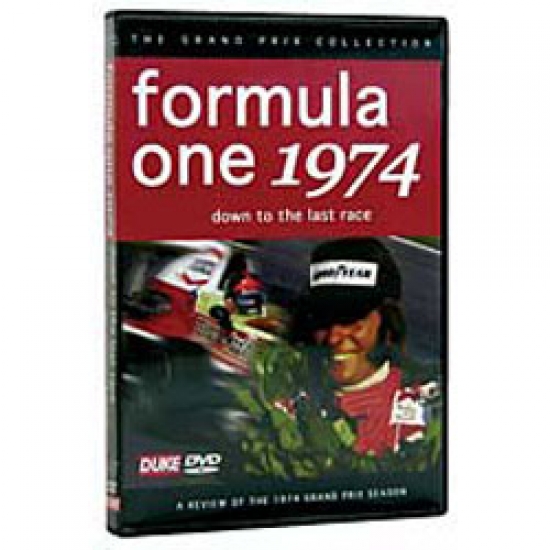 1974 was the year of change in Formula One. Defending champion Jackie Stewart had retired from racing, creating a power vacuum that sucked a host of racers, old and new, into the battle for the Championship.

And what a season! Predicting the outcome of each race was impossible as the drivers battled to come to terms with closer racing brought about by faster cars with better tyres. It was reliability as much as driving skill that kept the leaderboard in a state of constant flux. By the final race of the season Emerson Fittipaldi (McLaren), Clay Regazzoni (Ferrari) and Jody Scheckter (Tyrrell) were locked in a fascinating three-way battle for the title. It went right down to the wire.

This film doesnÆt just show the action from the season û it tells the story. Pit-lane cameras eavesdrop on intimate conversations between the engineers and drivers as they discuss set-up and tyres, revealing a world markedly different from contemporary Formula One.