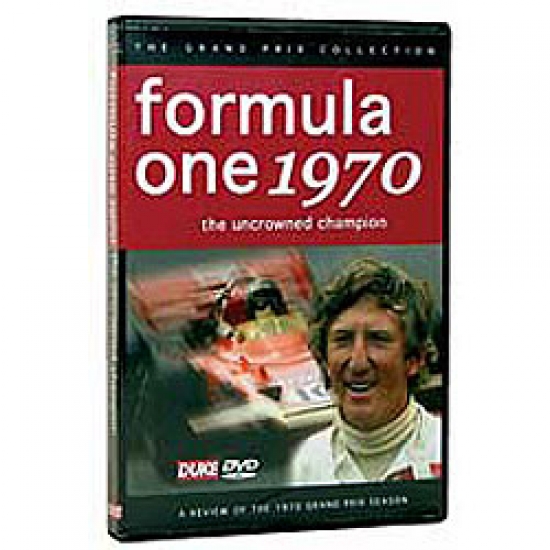 1970 was the year of transition in Grand Prix racing; the season that pitched the old guard against a feisty new breed of racers intent on pushing Formula One forward into the new decade.

Nothing symbolised this battle more than the cars used by top contenders: Jackie IckxÆs Ferrari 312B relied on brute force to compensate for its outdated styling, whereas Jochen RindtÆs Lotus 72 showed that radical aerodynamics represented a brave and (potentially) faster way forward.

And with the technological battles came a fascinating seasonÆs racing. Jackie Stewart was the defending champion but took nothing for granted. When different drivers won the first four races, Stewart, and the world, knew that the Championship was wide open. Thrilling battles ensued until triumph and tragedy came together in one fatal collision: on the 5th of September 1970 Championship leader Jochen Rindt died during practice at Monza. He was to become the sportÆs first posthumous champion.