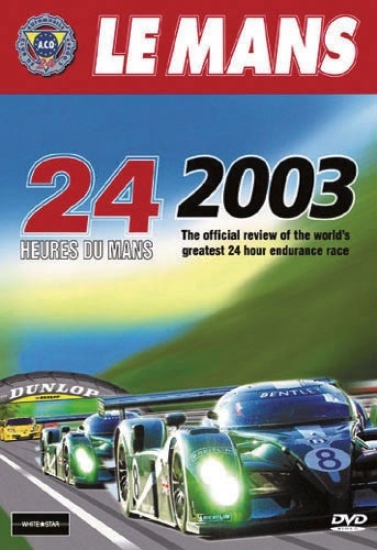 The Official Film of the Le Mans 24 Hours 2003 records the triumphant return to the winner's podium - after 70 years - of Bentley, the famous English marque that participated in the first ever race back in 1923.

The film tracks the team's progress from scrutineering through to its victory parade on the Champs Elysees, featuring interviews with the drivers of both Bentley cars at key points during the race. Also highlighted this year are the GTS class winning Veloqx Prodrive team, whose Ferrari 550 Maranellos are seen being prepared in England, and the Nasamax entry in the LMP 900 class, the first renewably-fuelled car to complete in a premier event like Le Mans. Running Time: 145 mins.