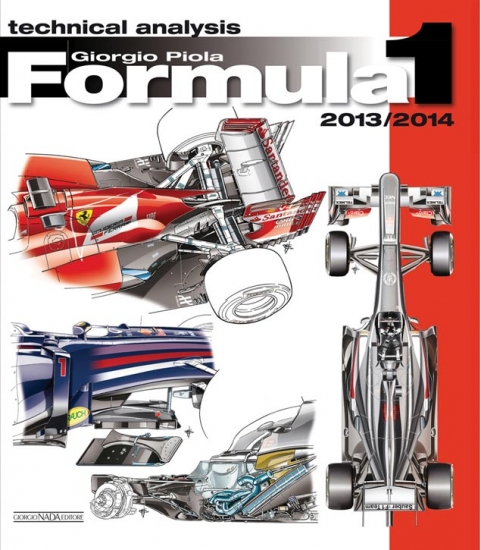 For the fourth consecutive year, Sebastian Vettel has won the Formula 1 World Championship for drivers. He did so with 13 victories out of the seasonÆs 19 races, from the Grand Prix of Belgium to the Brazilian GP. Only Kimi Raikkonen, Fernando Alonso, Nico Rosberg and Lewis Hamilton were able to get the better of the great German champion with their sporadic wins. And VettelÆs string of successes also enabled Red Bull to confirm once again it is still the top constructor. On the technical front, the 2013 world championship acquired a certain stability, even if there was no lack of new elements, like the abolition of the carsÆ nose step, the elimination of the double DRS and FerrariÆs adoption of faired half-axels by. All aspects carefully explained by Giorgio Piola in his latest book in the ôTechnical Analysisö series, which is now a must-have for all enthusiasts. This edition also includes over 300 colour illustrations, which unveil all the secrets of the cars that battled for the 2013 world title; and then there is an early look ahead to the principal changes of 2014, when the cars go back to being powered by a turbocharged engines of 6-cylinders and 1600 cc. instead of the classic normally aspirated V8.