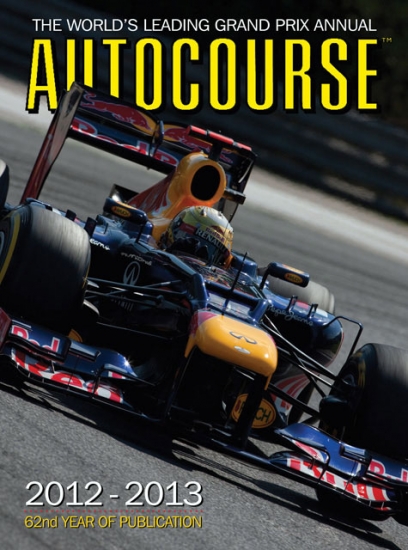 Among motor racing people, Autocourse is the book everyone looks forward to at the end of the yearà It is also very significant that many prestige advertisers regard Autocourse as one of the essentials, and their presence undoubtedly adds to the stature of the book. Sir Jackie Stewart

AUTOCOURSE sustains its reputation for providing its readers with the most comprehensive and insightful analysis of this complex and intriguing sport, both on and off the circuit. For over sixty years, it has covered the Formula 1 Grand Prix World Championship with complete round by round coverage. Editor Simon Arron travels to every one of the twenty rounds to give first-hand coverage of the championship in his unique and witty style. The vastly experienced Alan Henry adds an insightful commentary to each race focusing on the hot topic of debate that inevitably surfaces around each race.

Other features include the much-debated Top Ten Drivers, in which the editor assesses the performances of the drivers throughout the year and ranks their efforts on the basis of their performances taking into account the machinery at their disposal throughout the 2012 season. No writer is better placed than Mark Hughes to handle the Formula 1 Team-By-Team Review. His in-depth analysis reveals the reasons for the successes and failures of each of the twelve Grand Prix teams as they battled for supremacy. Special features for the 2012 season will include a celebration of Williams Grand Prix Engineering, marking their 35 years as a manufacturer that has included seven world driver championships. Hardcover. 360 pages.