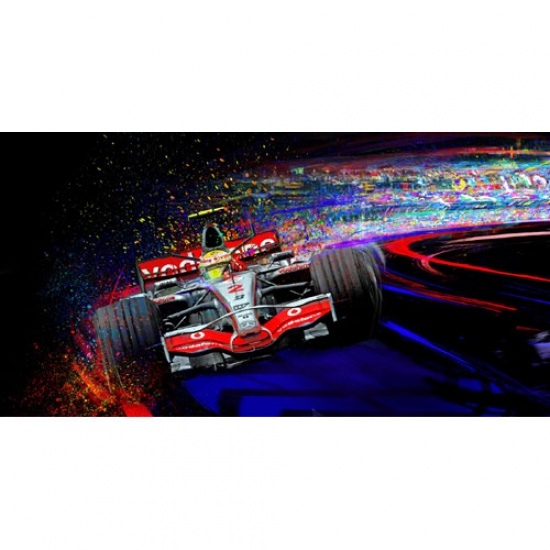 Lewis Hamilton blazing a trail to his championship season in 2008. His red and silver Mercedes powered Mclaren is seen here in a hysterical dash to the trophy.