The team unveiled their at Jerez as it made its testing debut. There was no launch pack so we have provided a Q&A with the team's COO as well as both drivers 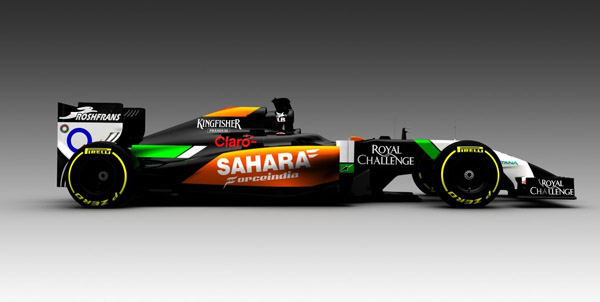 Our Chief Operating Officer, Otmar Szafnauer, talks about the forthcoming season, the car's development and the effect rule changes will have on the competitive balance.

How would you summarise the team's build-up to the new season?
“We've had a fruitful winter, helped by the fact that we deployed all of our resources early towards developing the 2014 car. That may have impacted on our performance in 2013, but I think it was the right decision.

From a competitive standpoint it's difficult to speculate because we don't know what the other teams have done. The regulation changes are the biggest in decades, which allows for varying solutions. It's tough to say whose solutions will produce the best performing package until we actually go testing.”

As a smaller team how difficult was it to allocate resources?
“The chassis is completely new and all the systems are new. As a smaller team you don't have the resources to do all the required experiments in order to give you the best solutions for some of the problems. Sometimes we have to take a best guess – an educated and scientific guess – as to what the solutions should be. When you don't have all the data, and when you are making some decisions that way, you could be right in your guesses. But if there are a lot of them compared to your competitors, it just introduces more risk.”

Do the rule changes also create an opportunity for a smaller team to do a better job than some of the others?
“Like most things in life, having more resources usually wins! We are competing against manufacturer teams with big budgets so you would expect their well-funded research will help them find the optimal solutions. But you never know: we’ve been focused on 2014 for a long time and we’re pleased with the car we’ve produced so there’s always an opportunity.”

Are you pleased with the progress made by Mercedes?
“I think we've got a strong partner in Mercedes. I anticipate that they will have a very competitive solution and they are still working hard. I think in 2014 the power unit as an entire package will have a greater percentage of the performance of the car wrapped into it. If they have done a good job, and I believe they have, that should bode well for us too.”

The team has changed gearbox suppliers from McLaren to Mercedes. Will it take time to adjust to the new relationship?
“Initially it's an added complication, but eventually having the engine, gearbox and the entire powertrain come from the same source will benefit us and Mercedes. Brackley is only seven miles away from our factory at Silverstone and that helps if changes need to be made or if there are upgrades. But the benefits are more than just logistical and the fact that the power unit and gearbox come from the same source will help. It's a better solution.”


Nico Hülkenberg answers our questions about the team, the season and his team-mate ahead of the first test of 2014.

Nico, you must be excited about the upcoming season and your return to Sahara Force India…
“Absolutely, I'm happy where I am: I fit in well here and I know the team. I think they are well prepared and also I think we're looking for the same things. Therefore I'm very comfortable and I'm looking forward to the coming weeks and months.”

Is it like a homecoming for you?
“In a way, for sure, it is that kind of feeling. It should make all the normal processes you go through on a race weekend easier, because I know most of the people. I have the same race engineer and lots of the same mechanics, so that's going to help. It will make the transition and bedding-in time shorter.”

You were only away for a year – have there been any changes?
“There are a few new faces, but I'm already working with them, so I'll get used to that quite quickly. The core bunch of people is still pretty much the same.”

What are your thoughts on the new rules?
“It's exciting times, but there's not so much I can say at the moment – I think everybody is a bit in the dark in terms of how the car is going to behave, what it's going to be like, and also the driving sensation for us in the car. There are quite a few question marks still there and I think we can't really give you all the answers until we've been out on the track running.”

Are you the sort of driver who can adapt very easily to whatever driving style is required?
“I think you need to be able to adjust to the required circumstances and adjust your driving style. It's not easy and it will be a big challenge for everyone involved. The drivers have to deal with fuel management and everything else as well, but I think that’s exciting. Going into the season I've never been in a situation like this in Formula One where we know so little about what to expect and what's coming.”

Do you see it as an opportunity for the established order to be mixed up because it all depends on who has done a better job of interpreting the rules?
"I think it could be an opportunity, but it works in both directions, because the regulations are really so different. A lot has changed, especially on the engine side, so from that point of view it's impossible to predict anything. I'm sure there's an opportunity to do something special, but there's also an opportunity to make a mistake and to go the wrong way. We won't know until after the first couple of races.”

Do you see reliability as a key factor that teams can take advantage of?
“I'm sure that could play a role at some point. For now everybody has to master the challenge and focus on reliability and make sure they tick the box. We're all in the same boat there, the manufacturers and all the teams.”

You have a new team mate this year in Sergio Perez. Do you get on well with him?
“I look forward to working with Checo. For sure it's going to be a challenge for both of us: we are both in the early stages of our career – we're both entering the fourth year of our career, and we're hungry for success and highly motivated. It will be interesting to see how the year develops. It's going to be a competitive environment, as it should be between team mates, and I'm sure we'll push each other along.”

What can you tell us about your choice of number?
“Obviously we all had to make a choice and I got the one I actually wanted – the number 27. I'm happy, but it's not a huge deal for me. It's a nice thing to have but it's not the most important thing in the world!”

Finally, how would you sum up your goals for the season?
“I hope that we have a competitive car and that I can deliver good results, just like I did at the end of 2013. But again it's really hard to define and set the targets with so many question marks in the game. Obviously we want to do well, we want to score a lot of points and I think maximising our package and our performance is the main target for now.”

On the eve of his first appearance on a Sahara Force India car, Sergio Perez discusses the 2014 season.

A new season, new rules, and a new team – how excited are you about 2014?
“I'm very excited. I'm joining a new team at a time when Formula One is entering an exciting new era, so I think that gives us good chance of doing well. It will be very important that we work very hard during winter testing to understand how everything works and how we are going to get the best out of the package that we have. I think that's the most important target for the testing.”

What are you early impressions of Sahara Force India?
“I find the team very hungry for success. They've had some good years in the past, but they are looking to move forward and fight against the top teams. I think this year is the biggest opportunity to do that.”

Is that because the rule changes create a fresh start for everyone?
“Exactly, it's a very big opportunity for us, as a smaller team, to really do well, especially in the first few races. We must make sure that we arrive in Australia in the best possible position.”

Will reliability be one of the key factors early on?
“Yes, I think so. Not only that, also the fuel management and how we maximise everything. The tyres are also going to be a factor. It will be quite interesting to see what happens in Jerez and especially in Bahrain in the second and the third tests, where we will get a better idea of how things are working.”

You gained valuable experience with McLaren. Do you think you can bring something extra to the team this year?
“Definitely, I've got good experience from my Sauber days and also now from McLaren. The experience of 2013 made me a better driver, more complete in many areas, and I'm really hungry for success. I will be giving my maximum and I'm sure that people will be surprised by what I can do in 2014. I'm coming from a very difficult season with McLaren, with a very difficult car, but I'm very confident that I will be quite strong. Together with the team we will all be working very hard to have the success that we all want to have.”

You have a new team mate in Nico. Are you looking forward to working with him?
“I think we are pretty close in terms of experience. I rate him very highly; he's one of the best drivers out there, and it will be very interesting to work with him and to learn from him. You can always learn from your team mate. I've been very lucky in the past to have strong team mates, and Nico is obviously going to be very competitive. I'm looking forward to working together with him.”

What do you see as a realistic target for you and the team this year?
"It's very difficult to know, especially with the new regulations, a new car and a new team for me. All I can say is the team is working very hard and we're going to do our best to arrive in Melbourne as well prepared as possible. We're going to be giving 100% straight away from the first race.”

Finally, can you explain your choice of number?
“It's the number I've been using all my career since karting. I've enjoyed having number 11, so I went for it, and luckily I ended up getting it as my first choice. I will be wearing it the rest of my career, except when I win the World Championship, when I will be wearing number one!” 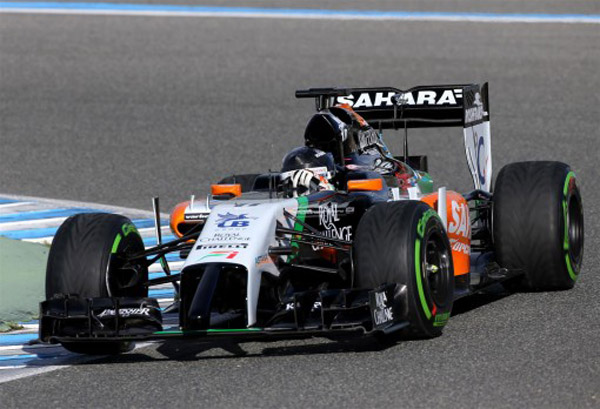