3 February 2013 - Infiniti Red Bull Racing set the defence of its Formula One Drivers’ and Constructors’ Championship titles in motion today with the launch of its 2013 car, the RB9, in Milton Keynes UK.

In front of an audience of team members, partners, guests and international media, drivers Sebastian Vettel and Mark Webber drew back the sheet to reveal the RB9, the final instalment in a generation of designs that have bought Infiniti Red Bull Racing 34 grand prix victories and six World Championships.

Despite the largely unchanged nature of the technical regulations for 2013, Adrian Newey explained that the off-season was far from relaxed.“It’s a tribute to all the hard work of the guys over the winter because we had a very tight championship battle last year,” he said. “It was difficult trying to continue development of last year’s car while also doing research into the RB9. Obviously it worked for us, but it gave us a very tight timeframe to design and manufacture this car.

“RB9 is an evolutionary car,” he added. “Probably the most significant change is not the regulations, but the new Pirelli tyres. We had a quick test with those in practice ahead of the Brazilian Grand Prix but in truth we didn’t learn a lot because of the conditions. Pirelli have supplied us data about how the new tyres behave but past experience tells us that it’s only when we go testing that we really find out.”

“The fact that this is my seventh season with the team is a massive advantage,” said Mark. “I couldn’t have envisaged it when I joined and it’s hard to believe that you could be with the same Formula One team for seven years, as continuity is not always easy to achieve in this sport.

“I think the way we keep people excited and motivated here is important,” he added. “It’s quite a small operation, but obviously we’re big on ambition and desire and that makes us perform very well. I’ve really enjoyed the years I’ve had here so far and I can’t wait to get going this season.”
After a thrilling climax to the 2012 season which saw Sebastian claim his third title in as many years, the sport’s youngest ever triple world champion has had the opportunity to recharge his batteries over the last two months and professed himself more than ready to begin the task of trying to win a fourth straight title, something done only twice before in the history of the sport.

“We had a very strong finish last season, but it was hard as the season was so long – it was important for me to enjoy being home,” he said. “Pretty soon though I started training again, preparing for the new season and I’m very excited because this is the first time I’ve seen the car in one piece. I’ve seen little bits, but it looks very nice, so now we’ll get to see if it works as expected. I’m excited to get going again, to get back in the car, start testing and then go racing. Then, we’ll finally find out where we are.”

As Infiniti Red Bull Racing begins the defence of its world titles, Christian Horner emphasised the value of stability in the team. “The 2012 season was tough and long, but our success was testimony to all the hard work and dedication in the factory,” he said. “We’re fortunate that we’ve been able to maintain continuity within our group. This is the fifth year that this driver pairing has been together. We’ve got continuity throughout all of the technical teams and all the key areas. I think that’s proof that there is a fierce determination to keep both of those trophies in the cabinet for another year.”

The team departs for southern Spain this evening, with testing of the RB9 due to commence at the Jerez de la Frontera circuit on Tuesday. Mark will give the car its track debut, driving on Tues 5 and Wed 6 February, with Sebastian taking over for the final two days, on Thurs 7 and Fri 8 February. 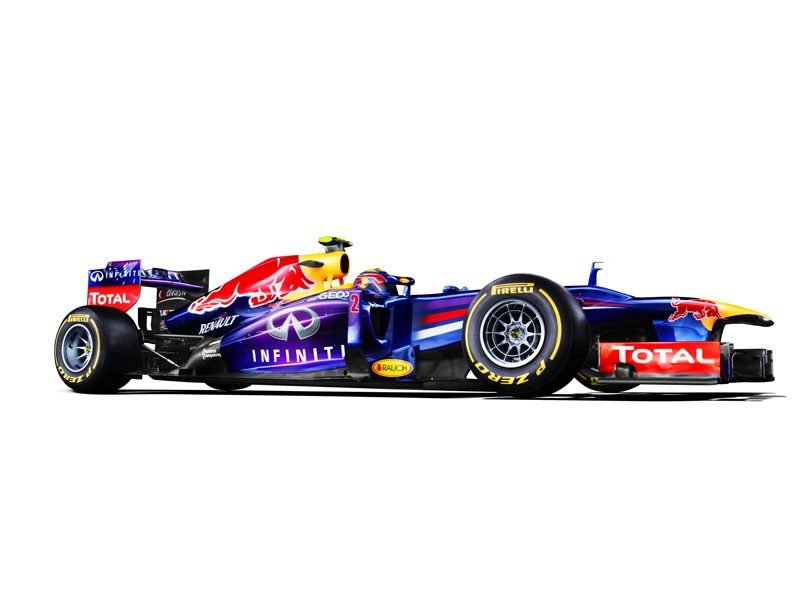 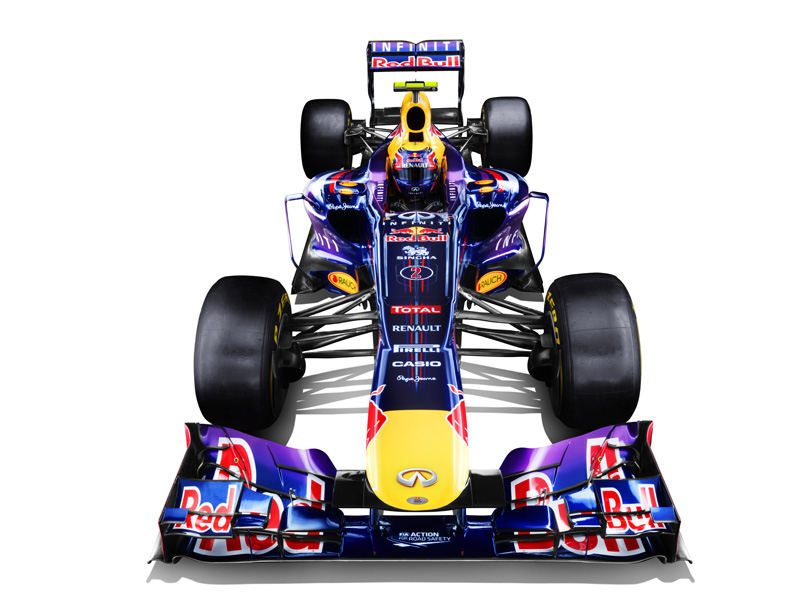 Bit of a guess, but I think McLaren will have an early edge, and will get far enough ahead that Red Bull and Ferrari, hampered by lack of development time, will end up fighting for 2nd and 3rd.

Whilst I like Vettel I want someone else to win.
Top

Not to worry Thaddeus. Plenty of drivers won last year, as you will recall, and probably one or two others will break onto the top step. But I'm thinking Lewis knows more than he's saying and don't expect to see Jensen improving on last year.